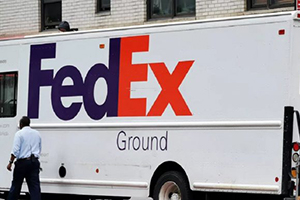 Recordings obtained by the Guardian magazine of mandatory anti-union meetings for employees reveal what management has said to workers considering unionizing.

FedEx workers hoping to unionize and get better pay and benefits have met with a well-financed barrage of opposition from the company, according to recordings obtained by the Guardian.

Workers who charge that their benefits are less than at rival UPS said the company has bombarded them with anti-union messages and forced them to attend anti-union meetings.

The Guardian obtained recordings of meetings that were mandatory and required workers to sign in, according to a FedEx employee, held at FedEx facilities in 2015 and 2016, where managers and union avoidance consultants lectured workers on unions as the Teamsters was attempting to organize FedEx drivers at several locations around the United States.

‘It’s time to campaign. If you don’t want this third party coming in putting a wall between us, it’s time. Because when you campaign and tell them you don’t want them here, eventually it becomes loud and clear to them. You can do that,’ said a FedEx human resources manager in a July 2016 captive audience meeting.

One, in the same July 2016 meeting, said: ‘Recently I had this question come up from an employee. Why is there a small group of employees at our company who seem to be very ungrateful at what the company has to offer them? Why do some employees give their allegiance to strangers and an organization like the Teamsters rather than this company that continues to provide for us, that has provided us with a long list of benefits and incredible pay, not to mention good equipment and facilities?

"I don’t have an answer, I don’t know. I feel your pain. I appreciate the company and what they offer. I have an attitude of gratitude."

In another alleged anecdote, the same FedEx manager told workers a story about an unnamed 58-year-old employee for three years who supported unionizing because they wanted a better pension plan.

In the meetings, FedEx managers and consultants claimed negotiations with labor unions are a gamble.

"It’s like going to Vegas and rolling the dice," one said.

They also referred to union authorization cards as a ‘blank check’, and told workers "they need money, they’re running out of money. They want your money. They want our money."
In a video used by FedEx to deter unionization, the Teamsters union was characterized as a plot to undermine FedEx by UPS, where about 250,000 employees are represented by the Teamsters.

"A package lost by FedEx equals a package gained by UPS," said a narrator in the video.

FedEx, the second largest logistics company in the US, spent $837,000 between 2014 and 2018 on union avoidance consultants, according to a recent report published by the Economic Policy Institute. The report found by examining publicly available forms filed by consultants with the Department of Labor, US employers spend around $340m annually on union avoidance consultants, with FedEx as one of the top spenders . . .

They told me, “either you’re a team player, or you’re a problem and we will do everything to eliminate problems,” said Greg Barfuss, a FedEx driver for seven years who was laid off in December 2015 after openly supporting unionization of his Gardena, California, based FedEx warehouse. "They first tried to intimidate me. When that didn’t work they fired me, and that scared other drivers from trying any more.'”