Published Thursday, September 24, 2020 in The Stand.org 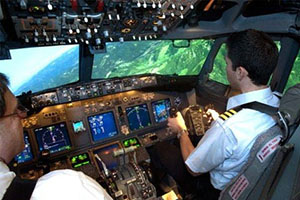 On Friday Sept. 18, The Boeing Company delivered layoff notices to its remaining seven Flight Training Airplane (FTA) pilots and will instead send the critical work of providing on-site training to airline customers to an overseas contract house. The 60-day notices of layoff eliminate all direct Boeing FTA pilots by the end of November – a critical moment in Boeing’s plan to return the 737MAX to service and start delivering the roughly 400 airplanes now parked around the West Coast.

The move comes just days after the U.S. House Committee on Transportation and Infrastructure released its report on the “Design, Development and Certification of the Boeing 737MAX.” Based on a year-long investigation, the report, along with citing a “culture of concealment” in Boeing management,  calls on the company to provide additional training specific to the 737MAX upgrades to every airline pilot flying the plane after it returns to service.

Instead of using its own highly experienced pilots, Boeing is expanding its use of contract pilots from Cambridge Communications Limited (CCL), a contract house incorporated in the Isle of Mann. According to union officials, CCL’s ownership structure is a company within a nest of shell companies. Once hired and working for Boeing, the contract pilots are provided Boeing uniforms and business cards making them indistinguishable from Boeing’s own flight training pilots when they work with airlines and regulatory agencies. Boeing currently uses some contract pilots but has genuine Boeing pilots to ensure quality control over the contractors.  Eliminating the Boeing training pilots ends the decades long Boeing practice of using its own specialists to ensure airline customers operate Boeing aircraft safely.

During a meeting with union leaders last week, Boeing representatives said CCL contract pilots will do nearly all simulator and in-flight training involved in the 737MAX return to service.
“I was gobsmacked to hear company officials admit that Boeing will exercise zero quality control over these contractor pilots despite costuming them in Boeing uniforms,” said SPEEA Executive Director Ray Goforth.  “The entire fate of The Boeing Company depends upon a smooth re-entry into service of the 737 MAX. I cannot believe Boeing chose this moment to fire their highly experienced training pilots and outsource their work to contractors they don’t even control.”

Regardless of the extensive workload ahead to prepare 737MAX pilots, Boeing told union officials there is no work for the seven FTA pilots – all of whom are protected military veterans with a combined total of more than 225 years of experience flying a wide range of commercial and military aircraft.  Unlike most pilots who are type rated to fly a single aircraft model, the Boeing FTA pilots are all rated to fly multiple different aircraft models and qualified to instruct other pilots how to fly those aircraft models.  The union noted FTA pilots have regular interaction with Boeing’s other pilot groups, including its Flight Test Pilots, Technical Pilots and Safety Pilots. Additionally, Boeing FTA pilots interact and are respected by the engineers and technical workers who design and are involved in the certification and service of Boeing products.

“The loss of this critical coordinating function between the Boeing employees who design and manufacture aircraft and the customer air crews who fly them is incalculable,” Goforth said.  “The face of The Boeing Company to customers and regulators will now be foreign contractors masquerading as genuine Boeing pilots.”